Students who made an outstanding contribution to Manx culture last year have been recognised by the North American Manx Association (NAMA).

The North American Manx Awards honour the achievements of children and young people in areas such as language, music and the arts.

All winners were presented with a specially minted silver medal by David Holmes – a life member of NAMA.

The awards have been run each year since 1978, when the convention of the North American Manx Association assembled at Rocky River, Ohio, and resolved to spend $1000 on a project to commemorate the Millennium of Tynwald in 1979. 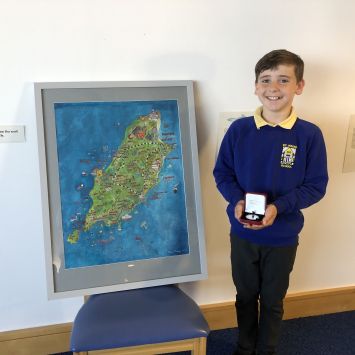